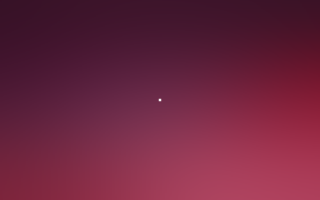 Studio Creates Mobile Game For People With Perfect Eyesight (Only)

Amsterdam, April 1st, 2017 – Creative Heroes is happy to announce the release of PeaPop, an out-of-sight game for people with perfect vision, now available on the Apple App Store.

In this ridiculously small action game players navigate a puny pixel through colorful spaces on a silly soundtrack. The goal is to pop all peas while avoiding microscopic enemies in order to proceed to the next level. The game’s biggest feature is that literally everything is really, really small.

PeaPop was designed by Sander Huiberts and Richard van Tol of Amsterdam-based creation studio Creative Heroes, who have been developing games for blind gamers since 2001 and who founded AudioGames.net, the world’s biggest online community website for blind gamers and sound-based games. After years of involvement in games for gamers with visual impairments, the duo decided to temporarily explore a new niche market – one that sports precise vision and supreme color acuity.

The development process proved to be quite difficult due to the developers continuously losing track of their own game assets. Also, the game had a hard time making it past Apple’s review process because its gameplay was overlooked on multiple occasions. Early responses of both gamers and reviewers have been overwhelmingly positive, calling the game “a grand display of greatness” and “a sight worth seeing for the superior few”.

PeaPop is available from April 1st in the Apple App Store for $0.99. View the new PeaPop trailer here: http://creativehero.es/peapop/ and obtain a copy in the App Store: https://itunes.apple.com/app/peapop/id1213377483?ls=1&mt=8

Please note that PeaPop can also be played by people with really tiny hands. PeaPop is created by Richard van Tol and Sander Huiberts. Through their Amsterdam-based creation studio Creative Heroes (not a game studio) they initiate projects and develop concepts such as DiceForChange (a designer set of dice for your daily random acts of goodness, available in shops worldwide), AnswerGarden (a group feedback tool for brainstorms, classrooms and workshops with over 3 million visits per month), AudioGames.net (the worlds biggest online community website for blind gamers and sound-based games) and Gluddle (a critically acclaimed and award-winning bouncy ball game for iOS) amongst other projects.