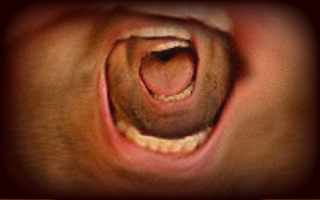 Meet the younger brother of the Wilhelm Scream: Helmut!

The Wilhelm Scream is a frequently used sound effect cliche. You’ve probably heard this effect in some movies or games. It’s ridiculous:

In 2002, Creative Heroes recorded sounds for an audio horror game (‘Dark – a Garden Wander’). We had never heard of Wilhelm Scream by that time. One of the voice actors was asked to act as if he fell out of a tree. This was the birth of what would later become the brother of the Wilhelm Scream: helmutscream.wav, a sound file resembling the same odd, ridiculous and hilarious characteristics as his old brother. Listen for yourself:

The Helmut scream is pretty long: 5 seconds. For a shorter version of this scream you can download the alternative short Helmut Scream. Listen to it here:

Feel free to download and use the Helmut Scream in your movie, game, commercial or other project. When you do, send us a message and we’ll refer to your work on this page! Creative Heroes would like to thank Sjoerd Zaalberg van Zelst and Hugo Verweij.

Via the FreeSound community Helmut Scream ends up being used in projects. Follow Helmut on Facebook to get an update on his latest public appearances.