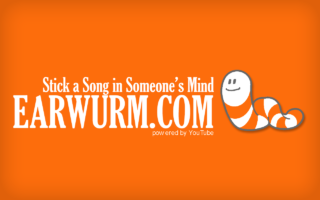 Earworms: songs, jingles, melodies and tunes that get stuck inside your head. Sounds familiar?

1. Earworms – An Introduction (or: What are earworms?)

Earworms: songs, jingles, melodies and tunes that get stuck inside your head. Sounds familiar? Studies by marketing professor James J. Kellaris show that nearly 98% of people have had songs stuck in their head. His studies demonstrated that different people have varying susceptibilities to earworms, but that almost everybody has been afflicted with one at some time or another. Earworms seem to be very personal – each person tends to be haunted by his own demon tunes.

Professor Kellaris’ studies popularized the term ‘earworm’, a loan translation of the German ‘Ohrwurm’). But earworms are known by a large variety of names. For your convenience we have compiled The Official Earworm Synonym List:

What is your favorite earworm synonym? Type a new synonym or click an existing one below and then press submit.

2. The Origin Of Earworms (or: How to get an earworm)

Many people wonder how a song gets stuck in their head and won’t let go. There are many theories, some more plausible than others. Virtually any song can become an earworm. However, songs that are simple, repetitive, and contain some incongruity are most likely to become stuck (Kellaris, 2003). Did you know that some songs are specifically written so that they contain a musical loop?

One major cause of getting stuck with a song is exposure. Simply hearing the song will trigger your auditory itch. The freaky fact is that even the tiniest fragment of a song, an earwurm is enough to leave you humming for days! Somebody’s crappy whistling, a car driving by with the stereo on, a shop you visit, earwurms are all around you.

But not all of them you can hear. There is also lyrical exposure. Just read the words “stop” (in the name of love), “sorry” (seems to be the hardest word) or even “why do birds…” (aargh). Many earworms spread through such (unintended) subliminal messaging. You read or hear a couple of words and Boom, Boom, Boom, Boom, you’ve got the humbug. Twitter is a particularly notorious supplier.

And then there’s the phenomenon of waking up humming something like La Da Di La Di Da. What happened while you were sleeping? Did your radio alarm clock play the song to wake you up? Did your brain started rearranging all the songs you know to make more space and started playing one by accident? Is it really an earworm that crawled inside? Or did you forget to pay the the Tune Fairy? Who knows?

4. The Exorcising of The Earworm (or: How to get rid of your earworm)

Escaping from your haunting earworm is difficult. Every earworm is unique, has a different origin and has a different goal and came to you for a reason. There are no proven earworm exorcising methods, but many urban legends on getting rid of your earworm can be found online. According to this article women, musicians and people who are neurotic, tired or stressed are most prone to earworm attacks. This suggests that the easiest way to get rid of your earworm is relax and get enough sleep, stop making music or – probably the most difficult – stop being female.

Here’s a list of well- and lesser-known earworm exorcising techniques: